Hire Soulnights.com to Play Tamla Motown at Your Next Event

Motown Records was a record label originally based in Detroit, Michigan, USA. Founded by Berry Gordy, Jr. on January 12, 1959 as Tamla Records, the company started as Motown Record Corporation on April 14, 1960. In the 1960s, Motown and its soul-based subsidiaries were the most successful proponents of what came to be known as The Motown Sound, a style of soul music with a distinct pop influence. 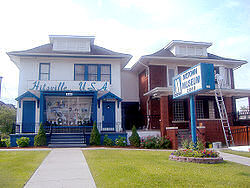 Berry Gordy got his start as a songwriter for local Detroit acts such as Jackie Wilson and The Matadors. Wilson's single "Lonely Teardrops", written by Gordy, became a huge success; however, Gordy did not feel he made as much money as he deserved from this and other singles he wrote for Wilson. He realized that the more lucrative end of the business was in producing records and owning the publishing.

In 1959, Billy Davis and Berry Gordy's sisters Gwen and Anna started Anna Records. Davis and Gwen Gordy wanted Berry to be the company president, but Berry wanted to strike out on his own. On January 12, 1959, he started Tamla Records, with an $800 loan from his family. Gordy originally wanted to name the label "Tammy" Records, after the popular song by Debbie Reynolds. When he found the name was already in use, he decided on Tamla instead.

Among Tamla's early artists were Mable John, Barrett Strong and (on the Motown label) Mary Wells. Tamla's first release was Marv Johnson's "Come to Me" in 1959. Its first hit was Barrett Strong's "Money (That's What I Want)" (1959), which made it to #2 on the Billboard R&B charts; its first #1 R&B hit was "Shop Around" by the Miracles in 1960. "Shop Around" peaked at number two on the Billboard Hot 100, and was Motown's first million-selling record.

On April 4,1960, Gordy launched Motown Records as his first corporate label. Motown Records and Tamla Records combined as Motown Record Corporation. A year later, The Marvelettes scored Tamla's first US #1 pop hit, "Please Mr. Postman." By the mid-1960s, the label, with the help of songwriters and producers such as Robinson, A & R chief William "Mickey" Stevenson, Brian Holland, Lamont Dozier, and Norman Whitfield, was a major force in the music industry.

From 1961 to 1971, Motown had 110 top 10 hits, and artists such as Stevie Wonder, Marvin Gaye, The Supremes, The Four Tops, and The Jackson 5, were all signed to Motown labels. The company operated several labels in addition to the Tamla and Motown imprints.

A third label, which Gordy named after himself (though it was originally called "Miracle") featured The Temptations, The Contours, and Martha and the Vandellas. A fourth, V.I.P., released recordings by The Velvelettes, The Spinners and Chris Clark. A fifth label, Soul, featured Jr. Walker & the All Stars, Jimmy Ruffin and Gladys Knight & the Pips (who were the first act to have been successful before joining Motown, as 'The Pips' on Vee-Jay). Under the slogan "The Sound of Young America", Motown's acts were enjoying widespread popularity among black and white audiences alike. 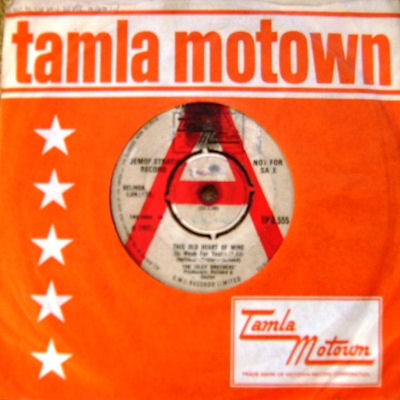 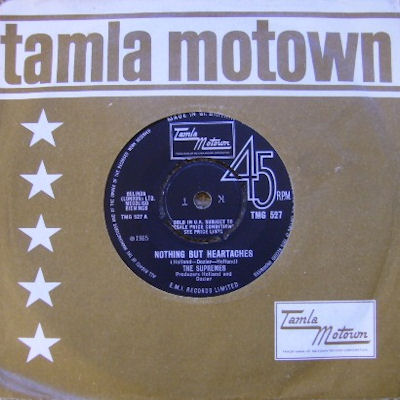 Tamla Motown soul music selections can be presented by Sounddiffusion mobile disco dj hire for your next event or party.