Hire Soulnights.com to Play House Music at Your Next Event 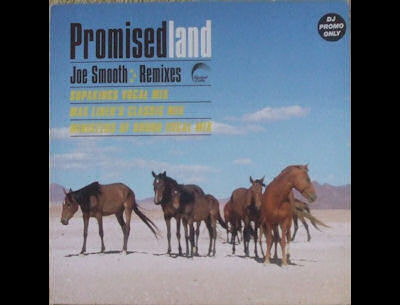 House music is up tempo music for dancing, although by modern dance music standards it is mid-tempo, generally ranging between 118 and 135 beats per minute. [Tempos were slower in house music's early years].

The common element of house music is a prominent kick drum on every beat (also known as a four-to-the-floor beat), usually generated by a drum machine or sampler. The drum is augmented by various fills and extended dropouts. The drum track is filled out with hi-hat cymbal patterns that nearly always include an open hi-hat on eighth note off-beats between each kick, and a snare drum or hand clap on beats two and four of every bar.

This pattern is derived from so-called "four-on-the-floor" dance drumbeats of the 1960s and especially the 1970s disco drummers. Producers commonly layer sampled drum sounds to achieve a more complex sound, and they tailor the mix for large club soundsystems, de-emphasizing lower mid-range frequencies (where the fundamental frequencies of the human voice and other instruments lie) in favor of bass and hi-hats.

Producers use many different sources for bass sounds in house music, from continuous, repeating electronically-generated lines sequenced on a synthesizer, such as a Roland SH-101 or TB-303, to studio recordings or sections of live electric bassists, or simply filtered-down segments from whole stereo recordings of classic funk tracks .

Electronically-generated samples of old classic recordings from the jazz, blues and synth pop era are often added to the foundation of the drum beat bass line. House songs may also feature sampled disco, soul-style, or gospel vocals and additional percussion such as tambourine. Many house mixes also have repeating, short, syncopated, staccato chord loops that are usually composed of 5-7 chords in a 4-beat measure.

House music is a descendant of disco, which blended soul, R&B, funk, with celebratory messages about dancing and love all underpinned with repetitive arrangements and a steady bass drum beat. Some disco songs incorporated sounds produced with synthesizers and drum machines, and some compositions were entirely electronic; examples include Giorgio Moroder late 1970s productions such as Donna Summer's hit single "I Feel Love" from 1977, and several early 1980s disco-pop productions by the Hi-NRG group Lime.

House music selections can be presented by Sounddiffusion mobile disco dj hire for your next event or party.