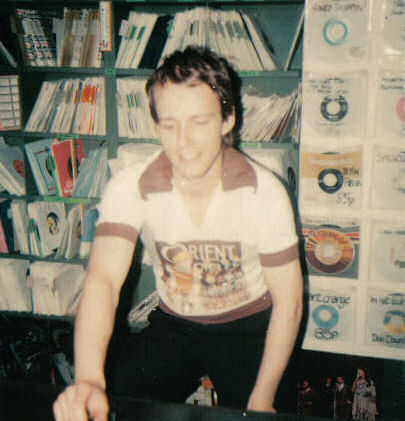 Selecta Disc, Arkwright Street, Nottingham, England was the number one specialist Soul music record shop in the UK in the early Seventies. Here the latest American "re-issues" can been seen on the wall behind costing from 60p to 85p depending on the track.

The owners of the original discs upon seeing their cherished sound now generally available would sell them off for a few pounds. A week before they would have been worth ten times that but such was the scene at that time. New sounds were plentiful with discoveries coming out thick and fast...